How do you feel about tattoos? Whether you love them, like them, or loathe them, tattoos hold a prominent place in human history. For thousands of years, artwork has been inked on bodies for everything from religious markings to protection and even to mark people as criminals or as lower-class citizens. In recent years, tattoos have become unique art forms of self-expression. On one hand, tattoo artists collaborate with their subjects to create highly personal designs. On the other hand, individuals become living, breathing, walking canvases for the art they commission.

There’s a whole lot of antiquity in the origin of tattoo art. Historical texts and archaeological sites show the practice of human tattooing dates back thousands of years in many different cultures. Specialized tools for tattooing have been found in prehistoric sites around Portugal, Scandinavia, and France. Recently in North America, two ancient, sharpened, pigment-stained turkey bones were discovered suggesting that Native Americans practiced tattooing between 5,520 to 3,620 years ago. This discovery would mark the world’s oldest known tattooing tools found.1

A Brief Cultural History of Tattoos

Ӧtzi the Iceman is a mummy dating back to the 5th-4th millennium BC2. He was found in the Ӧtz Valley of the Alps with a whopping 61 tattoos, mostly consisting of parallel lines that ran down different areas of his body. Scientists believe that these lines could have been ingrained for pain relief or acupuncture3. Additionally, the Mummy of Amulet from Ancient Egypt and the mummies of Pazyryk, Siberia, both dating back to the 2nd Millenium BC, also confirm that tattooing was known very early in human history in varying cultures. 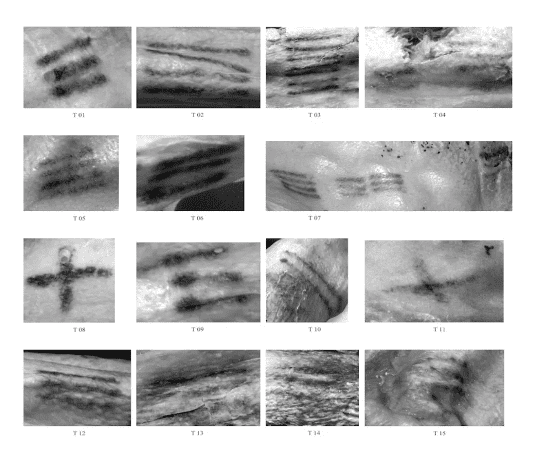 Here’s a summary of tattoo art significance across ancient cultures:

Tattoos Out In The Open

During the Age of Discovery, and as trade routes began to develop, tattoos became more commonly seen. Travelers, such as Captain James Cook and William Dampier, often returned home with indigenous people who wore tattoos on their bodies. One of these most famous foreigners brought back by Dampier is known as the “Painted Prince”.9 Dampier described the man in his journals as being covered in various markings all down his body. 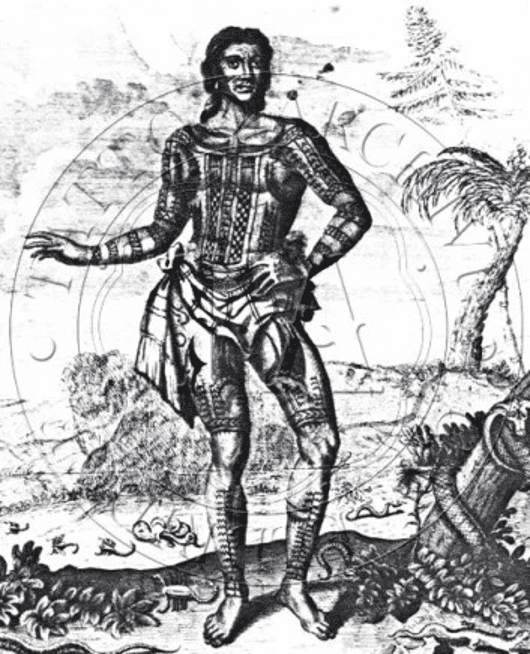 Later in history, tattoos were adopted by sailors and members of the lower class, but they eventually became more widely accepted. As time progressed, the art became more developed, which led to tattooing becoming a hobby of the aristocracy who had the money to pay for extremely talented professionals.

This want and desire for tattoos from the upper class didn’t last long. The prices of tattoos began to fall, causing the practice to, once again, be seen as something for the lower class to take part in. This would remain the stigma until the 1960s.

Today, tattooing is extremely popular. Body art is predominantly viewed as a way to use skin as a canvas to express oneself and one’s beliefs. Unlike in history, if one wants to get a tattoo, one can do so easily. Even Mattel let Barbie flaunt a few!

A poll conducted in 2015 found that 3 in 10 Americans have a tattoo and that they’re especially prevalent among young Americans.10 Symbolism and art are some of the most consistent forms of communication that humans have sustained over our existence; however, the tattoo taboo is still widely prevalent.

Many countries today still frown upon and illegalize the art of tattooing. Denmark, for example, has had laws in place since 1966 forbidding tattoos on the hands, neck, and head.11 Any artist that tattoos these areas on Danish soil will be fined heavily. In Sri Lanka and Thailand, tattoos that depict Buddhism or Buddha are seen as blasphemous and culturally insensitive.12 Individuals in these countries have been jailed for such tattoos.

While many countries are still unfriendly toward tattoos, many areas of the world are more accepting of body modifications, even in the workplace. This broadening acceptance could be due to increasing employee-centrism and the casualization of corporate culture as more companies are embracing self-expressiveness and individuality.13 Tattooed women are most notably realizing this shift in the workplace.

A Woman’s Right To Bare Ink

According to a study conducted by InHerSight, 14% of women with tattoos mention being discriminated against because of their tattoos. 20% of tattooed women admit that they’d be nervous to tell a future employer about their tattoos. However, 75% of women (with tattoos and without) believe that it’s perfectly acceptable to have tattoos in the workplace.14

Additionally, researchers Kristin Broussard and Helen Harton have found that most tattooed individuals are seen in a negative light. The pair say that these perceptions include having negative personality traits, higher levels of promiscuity, and lower levels of sociability, competence, and inhibition.15

If you’re interested in learning more about how you can help stop tattoo discrimination, check out STARPAW (Support Tattoos and Piercings at Work). They work with a multitude of companies to change the dress code and hiring policies to be more accepting. STARPAW works to protect employers’ rights and encourage strong character and work ethic.

The most popular way to tattoo today is by injecting ink into skin with an electrically powered machine that resembles and sounds like a dental drill. The tattoo machine moves a solid needle up and down to puncture the skin between 50 and 3,000 times per minute.16 The needle penetrates the skin by about a millimeter, depositing ink with each puncture.

The tattoo machine has remained relatively unchanged since its invention by Samuel O’Reilly in the late 1800s, which he fashioned after taking a look at Thomas Edison’s electric pen.17 Modern tattoo machines consist of several components, which are:

The observable part of the tattoo is the ink that shows through the epidermis, or the outer layer of the skin. However, the ink actually penetrates to the deeper layer of the skin, or the dermis. The cells that make up the dermis are stronger and more stable than those of the epidermis, so depositing the ink into the dermis means the tattoo will stay in place far longer with minor fading.

Getting a Tattoo – Know the Risks

Permanently adding art to your skin is a big deal. Choosing the right design and a skilled tattoo artist to achieve the desired effect is key to satisfaction. Also, knowing how tattoos work and the risks associated with them can help put your mind at ease.

Tattoos breach the skin, which means that infections and other complications are possible, such as:

It is vitally important to take good care of your new tattoo to avoid any unnecessary risks. Always keep the skin clean and moisturized. Avoid sun exposure and swimming. Choose your clothes carefully, as you don’t want them to stick to your tattoo. And allow up to 2 weeks for healing.

If you think that your tattoo isn’t healing properly or you believe it could be infected, contact your doctor right away. If you aren’t happy with your tattoo or if it’s not what you expected, try talking to a dermatologist or aesthetic specialist to see if laser surgery or other options are right for you.

Do you tattoo? If so, what of? Share your experience and give your favorite tattoo artist a shout-out.