The Benefits of Medicinal Mushrooms in Skincare

Medicinal mushrooms are indeed magical superfoods. Used for their healing properties in the East as far back as 200 A.D., the fungi were classified in the superior category of herbs. Various mushrooms were consumed and applied to increase life span, prevent illness, improve cognitive function, treat infertility, offer fortitude, and bestow bravery. Some of the most popular mushrooms today, like reishi, snow, maitake, wood ear, and chaga, have long been used in skincare and supplements with roots in Traditional Chinese Medicine (TCM). This article offers insight into the origins of these fine functional fungi and the benefits of incorporating each of them into skincare.

The Origins of the Reishi Mushroom

The reishi mushroom (Ganoderma lingzhi) was first discovered by Chinese healers more than 2,000 years ago in the Changbai Mountains. This northern mountain range – which translates to “Perpetually-White Mountain Region” – is widely known for its frigid conditions, but the base of the mountain is home to a large temperate hardwood forest where the rare reishi mushroom flourishes.

Ancient Chinese texts refer to the mushroom as an elixir of immortality and note secret locations where the fungus was thought to grow. Healers believed that the reishi mushroom had potent anti-aging properties, and it has long been used as a talisman of luck, healing, and wellness in Chinese culture.

The reishi mushroom is still commonly used by physicians across Asia to treat a wide range of maladies and health concerns, and use among Western physicians and healers is growing.

In Skincare, the Reishi Mushroom:

The Origins of the Snow Mushroom

Snow mushrooms (Tremella fuciformis) are native to subtropical and tropical regions around the world including Brazil, Taiwan, China, Japan, and other Asian countries. Cultivation of these mushrooms began around 1914 in China with new cultivation techniques beginning in 1968, leading to the mass production of the variety and the ability to export the mushroom in dried form worldwide. Today snow mushrooms are found fresh at local markets or in dried form in Asia, Southeast Asia, South America, Central America, Australia, New Zealand, Africa, and North America.

Snow mushrooms are used as a beauty product by women in China and Japan. When eaten, some believe that the mushrooms will contribute to a long and unblemished life. Snow mushrooms contain an enzyme that improves moisture retention in the skin which may help with the reduction of wrinkles. 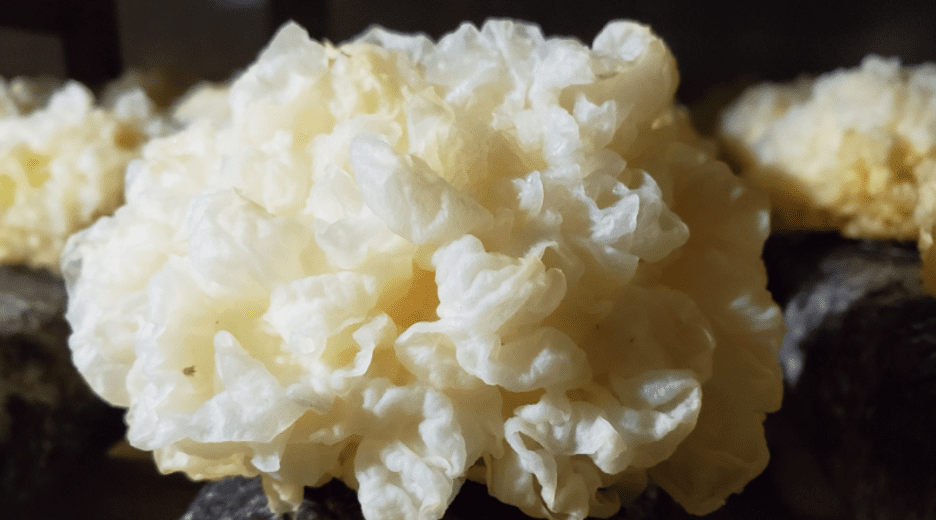 In Skincare, the Snow Mushroom:

The Origins of the Maitake Mushroom

In Europe and the United States, the maitake mushroom (Grifola frondosa) is commonly called “Hen of the Woods,” since its frond-like growths resemble the feathers of a fluffed chicken. The mushroom grows wild in parts of Japan, China, and North America. It sprouts at the bottom of Oak, Elm, and Maple trees and can be cultivated at home, though it typically won’t grow as well as it does in the wild. You can usually find the mushroom during the autumn months.

The Japanese pioneered the Maitake mushroom’s cultivation, being known in Japan as “The

Dancing Mushroom.” According to a Japanese legend, a group of Buddhist nuns and woodcutters met on a mountain trail, where they discovered maitake mushrooms emerging from the forest floor. Rejoicing at their discovery of this mushroom, they danced to celebrate.

This mushroom possesses adaptogenic properties. Adaptogens assist the body in fighting against any type of mental or physical difficulty. They also work to regulate systems of the body that have become unbalanced. While this mushroom can be used in recipes for taste alone, it’s considered to be a medicinal mushroom. 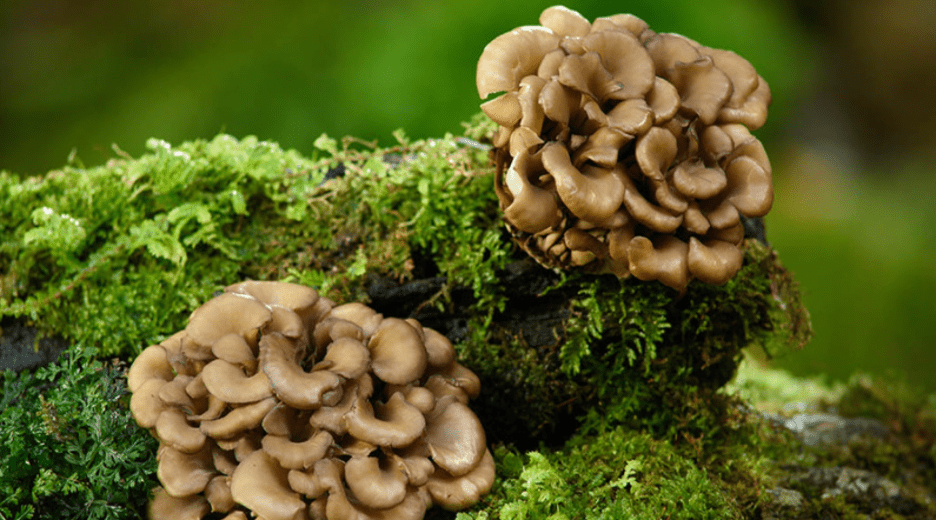 In Skincare, the Maitake Mushroom:

The Origins of the Wood Ear Mushroom

Found on the bark of elder trees, the wood ear mushroom (Auricularia auricula-judae) is a fungus that, while growing, looks like a delicate brown ear. This type of mushroom is popular in Chinese cuisine and is known for its crunchy texture and ability to soak in flavors. It’s commonly found in hot and sour soup, as well as Chinese stir-fry and mu shu pork.

In the West, the wood ear mushroom was used in folk medicine as recently as the 19th century for complaints including sore throats, sore eyes, and jaundice, as well as an astringent. Today, the wood ear mushroom is commonly used in Chinese medicine, while being used in Ghana as a blood tonic. Modern research into possible medical applications has concluded that the wood ear mushroom has antitumor, hypoglycemic, anticoagulant and cholesterol-lowering properties.

In Skincare, the Wood Ear Mushroom:

The Origins of the Chaga Mushroom

The chaga mushroom (Inonotus obliquus) is also known as “Cinder Conk” or “Black Mass,” which accurately describes its appearance. The chaga mushroom feeds on birch trees and is native to the forests of Europe, Russia, North America, and various cold northern climates, where birch is the primary tree species. For hundreds of years, the chaga mushroom has been wild-harvested and utilized by the people of northern Europe and Russia.

Chaga mushrooms have historically been used as a traditional medicine in Russia and other Northern European countries, mainly to boost immunity and overall health. It has also been used to treat diabetes, certain cancers, and heart disease. Traditionally, the fungus was grated into a fine powder and brewed as an herbal tea. Today, it is not only available as a tea but also as a supplement and is featured in an array of skincare products.

The growing cycle of Chaga begins when a fruiting body of a higher fungi species enters a wound of a mature tree, forming a large hardened mycelial mass (the conk) that will continue to grow until it is harvested or falls to the forest floor. Chaga is unique among mushrooms as it is rare to see the fruiting body in nature, with the hardened mycelial mass holding the herbal value. 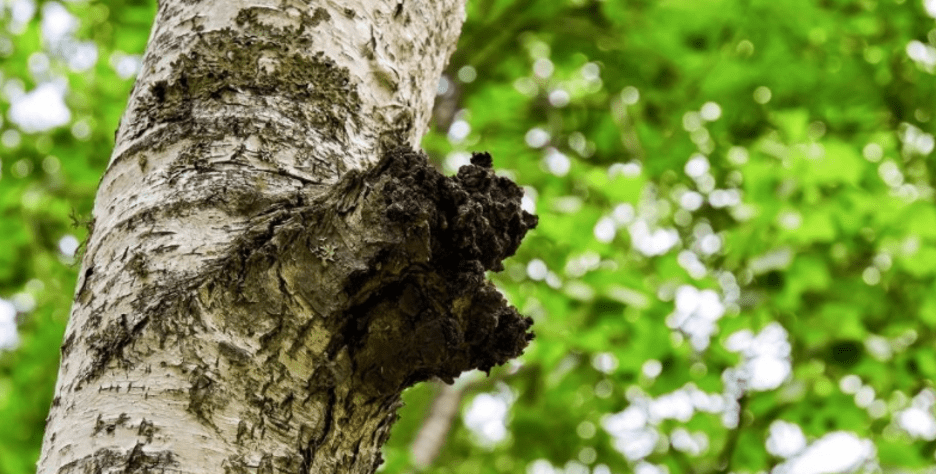 In Skincare, the Chaga Mushroom:

In addition, we are committed to accessibility so our products can be enjoyed by as many humans as possible. In the spirit of inclusivity, we have partnered with CandoableTM to create this custom Herban Wisdom® Eye Cream Braille ID Band for those with blindness or severe visual impairment: