The Importance of Random Acts of Kindness

Buying a cup of coffee for the next individual in line, helping an elderly person cross the street, or simply smiling at a stranger are all random acts of kindness that spread positivity and light into the world. The term “random acts of kindness” is generally attributed to Anne Herbert who wrote, “Practice random kindness and senseless acts of beauty” on a restaurant placemat in 1982. It refers to selfless acts, both large and small, that are committed unexpectedly, without prompting and with no apparent ulterior motive. In honor of Random Acts of Kindness Day on February 17, we’ll explore the science-backed benefits of being kind and how you can start offering random acts of kindness to strangers and those around you.

What Is Random Acts of Kindness Day?

One can never go wrong with kindness, and there can never be too much of it. The idea behind Random Act of Kindness Day is to cultivate feelings of kindness to brighten up someone’s day. Every small act of kindness is significant. It may seem like it doesn’t accomplish much, but just like the domino effect, one act of kindness can lead to more positive outcomes.

Random Acts of Kindness Day was initiated in 1995 in Denver, Colorado by a nonprofit organization called The Random Acts Of Kindness Foundation. Today, the observance has become more and more widespread, with the event even finding its way to New Zealand.

Random Acts of Kindness Day may be a relatively new commemoration, but being kind is a vital part of human nature. There are great examples of prominent figures in history who have made an impact through their selfless acts of kindness, such as Princess Diana, the Dalai Lama, and Mother Teresa. Various studies have also proven that kindness is instinctive, with feelings of care developing in humans at infancy.

Random Acts of Kindness Day is a way to nurture and encourage this precious trait we all share.

The Benefits of Kindness

Kindness and empathy help us relate to other people and have more positive relationships with our friends, family, and even the perfect strangers we encounter in our daily lives. Besides just improving personal relationships, kindness can also improve your health and quality of life.

Here are three science-backed benefits of being kind:

According to research from Emory University, when you are kind to another person, your brain’s pleasure and reward centers light up, as if you were the recipient of the good deed—not the giver. This phenomenon is called the “helper’s high.”1

Doing nice things for others boosts your serotonin, which is the neurotransmitter responsible for feelings of satisfaction and well-being. This feel-good chemical heals your wounds, calms you down, and makes you feel happy.

In addition, witnessing acts of kindness produces oxytocin, occasionally referred to as the “love hormone,” which aids in lowering blood pressure, improving heart health, and reducing inflammation. According to a study of adults aged 57-85, volunteering manifested the strongest association with lower levels of inflammation.2

While there are several ways to reduce anxiety and stress, such as meditation, exercise, prescription medications, and natural remedies, studies have proven that providing kindness is one of the easiest, least expensive ways to keep anxiety and stress at bay.

A study on the effects of prosocial behavior on stress found that affiliative behavior, which is any behavior that builds your relationship with others, may be an important component of coping with stress, indicating that prosocial behavior (action intended to help others) may effectively reduce the impact of stress on emotional functioning.”4

As pointed out in a study on happiness from the University of British Columbia (UBC), “social anxiety is associated with low positive affect, a factor that can significantly influence psychological well-being and adaptive functioning.”3 Positive affect refers to an individual’s experience of positive moods such as joy, interest, and alertness. UBC researchers found that participants who engaged in kind acts displayed significant increases in positive affect that were sustained over the four weeks of the study.

Kindness Can Help You Live Longer

Science has proven that random acts of kindness, such as volunteering, can have a large impact on your lifespan. People who volunteer tend to experience fewer aches and pains, and helping others protects overall health twice as effectively as aspirin protects against heart disease.5

One study found that individuals 55 and older who volunteer for two or more organizations have an impressive 44% lower likelihood of dying early, and that’s after sifting out every other contributing factor, including physical health, exercise, gender, habits like smoking, marital status, and many more. This is a stronger effect than exercising four times a week or going to church.6

Seeing someone perform an act of kindness can warm your heart. That feeling has a name; moral elevation, and it’s that warm-and-fuzzy-on-the-inside sensation you get when you experience true human goodness. Moral elevation leads to a chain reaction of kindness, which is why scientists believe that kindness is, in fact, contagious. 7

James Fowler and Nicholas Christakis, researchers from the University of California San Diego and Harvard University, for example, conducted a study proving that cooperative behavior can spread from one person to many, in a sort of ripple effect of happiness. Essentially, people can “catch” emotional states they observe in others over time frames ranging from seconds to weeks.” Kindness, the duo observed, spread to at least three degrees of separation.

In addition, recent research published in the journal Biological Psychiatry aimed to find out what moral elevation actually looks like in the brain and body.8 Researchers measured the brain activity and heart rates of 104 college students while they watched videos depicting either heroic acts of kindness or humorous situations.

When the students were viewing the heroic acts, activity in both the sympathetic and the parasympathetic nervous system peaked, which is an unusual combination that suggests both a fight-or-flight response and a calming, self-soothing response. When they were watching the amusing videos, there was no activation in either system.9

Social media has made it easier to document random acts of kindness, which in turn has led to many going viral and being shared globally. In a world where negative headlines are becoming the norm, it’s refreshing to see positivity spread throughout our world with kindness.

A few notable examples of kindness going viral include:

When Ollie Jones, a boy on the autism spectrum from Exmouth, England, turned 15 in 2016, he expressed to his mother how excited he was to open the birthday cards that he would receive from friends and family. However, his mother, Karen Jones, feared that he wouldn’t receive many cards, as the teenager didn’t have many friends.

Karen issued a plea on a Facebook community page for people to send Ollie birthday cards in celebration of his special day. The response that her post received was monumental, with Ollie receiving around 20,000 cards, messages, and presents from people all over the world. 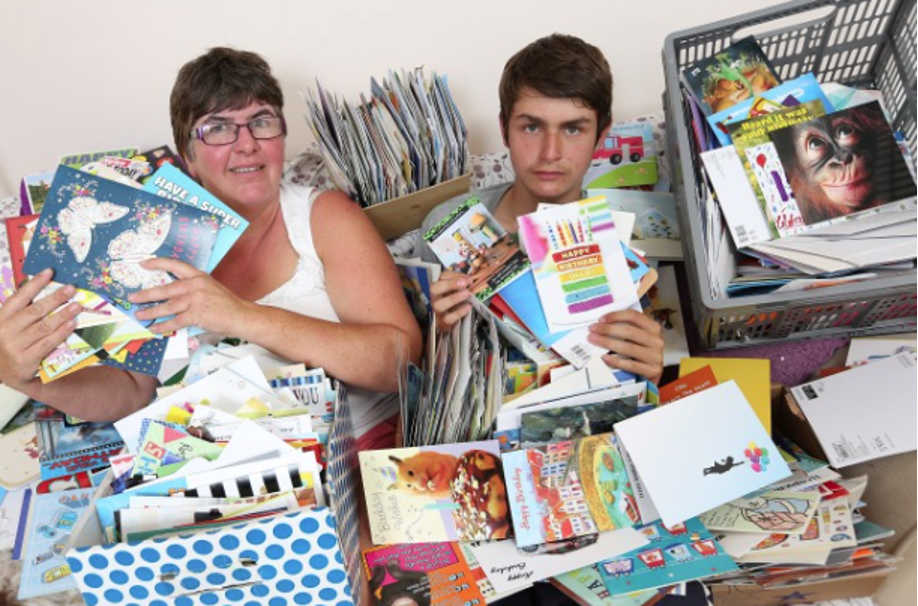 For many children, the prospect of meeting a superhero is something that would excite them to no end. Who wouldn’t love to meet their idols in person? In 2016, this became a reality for children being treated at Children’s Hospital Colorado when costumed crusaders including Iron Man, Spider-Man, and Captain America were spotted rappelling down the side of the 10-story building.

Members of the Aurora Police Department Strategic Response and Tactics Team decided to give the children in the medical institution a morale boost by dressing up as superheroes and coming to visit them. The hospital thanked the team on YouTube for “being superheroes, this day in costume, and every day in our community.” 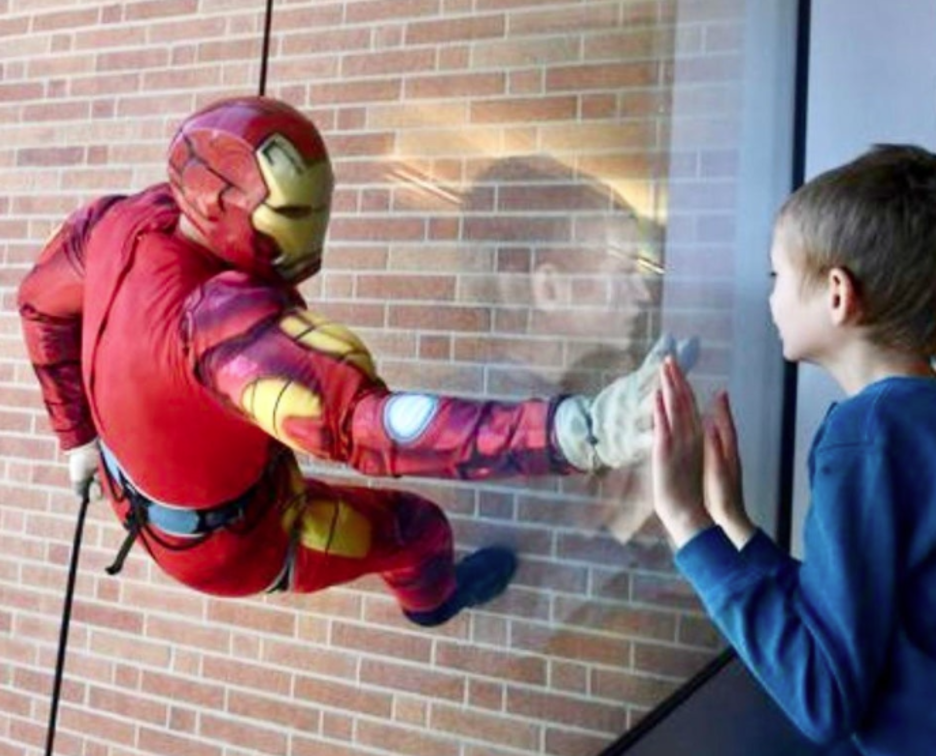 Pictured: A member of the Aurora Police Department interacting with a child in the Children’s Hospital    Source: Reddit “Happy News”

It wasn’t the battle between New Zealand’s Nikki Hamblin and America’s Abbey D’Agostino for an Olympic medal at the 2016 Rio Olympics that made headlines and went viral on social media platforms. Instead, it was the way in which the women rallied together to help each other across the finish line.

Their goodwill during their heat drew global attention. The two received the International Olympic Committee’s Fair Play Award. Plus, President Barack Obama called D’Agostino’s actions “exactly what the Olympic spirit and the American spirit should be all about.” 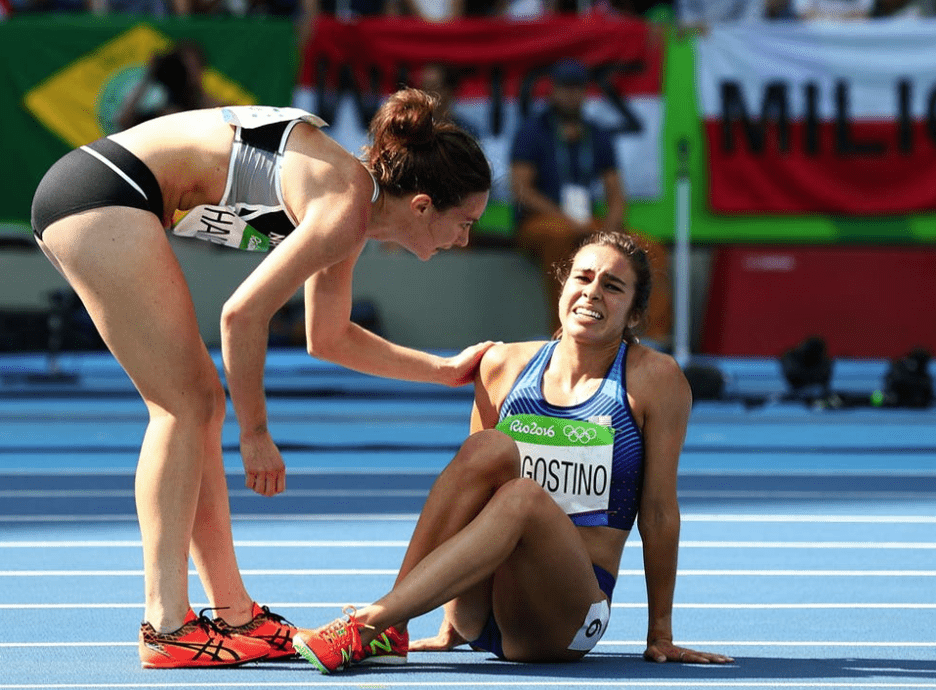 Martin Agee, a violinist who has played for over 40 Broadway cast albums including “Fiddler on the Roof,” “Thoroughly Modern Millie,” “The Color Purple,” “Legally Blonde,” and the upcoming revival of “West Side Story,” went viral for his good deeds. When he’s not busy rehearsing or performing, Martin visits animal shelters to play soothing classical music for dogs recovering from abuse.

The music provides a bridge to relaxation with energetic dogs settling down to listen and shy dogs venturing closer to the front of their enclosures for a better view. Martin often mentions that he hopes by coming to visit them and playing music that the dogs will learn that strangers can bring good things.10 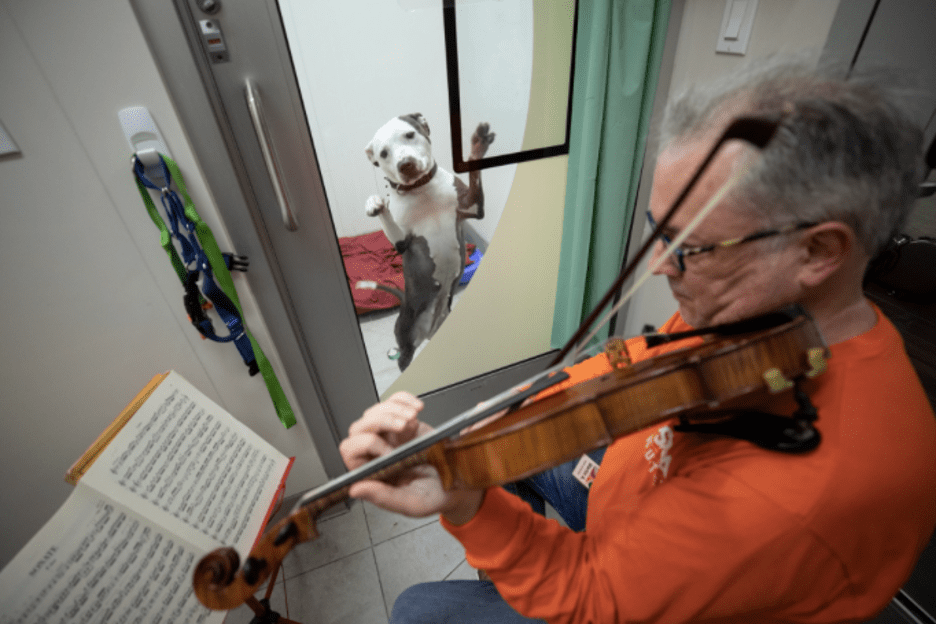 A Letter From Jase

Jase, a seven-year-old boy from the United Kingdom, sent a birthday letter to his late father, addressed to heaven. Not knowing the exact location, Jase wrote on the envelope: “Mr. Postman, can you take this to Heaven for my dad’s birthday?”

Soon after, Jase received a reply. The Royal Mail’s Assistant Delivery Office Manager, Sean Milligan, assured Jase that his letter had been delivered successfully, writing: “Please be assured that his particular important item of mail has been delivered. I will continue to do all I can to ensure delivery to Heaven safely.” Jase’s mom posted the story on her Facebook, which is where it was shared by people all around the world. 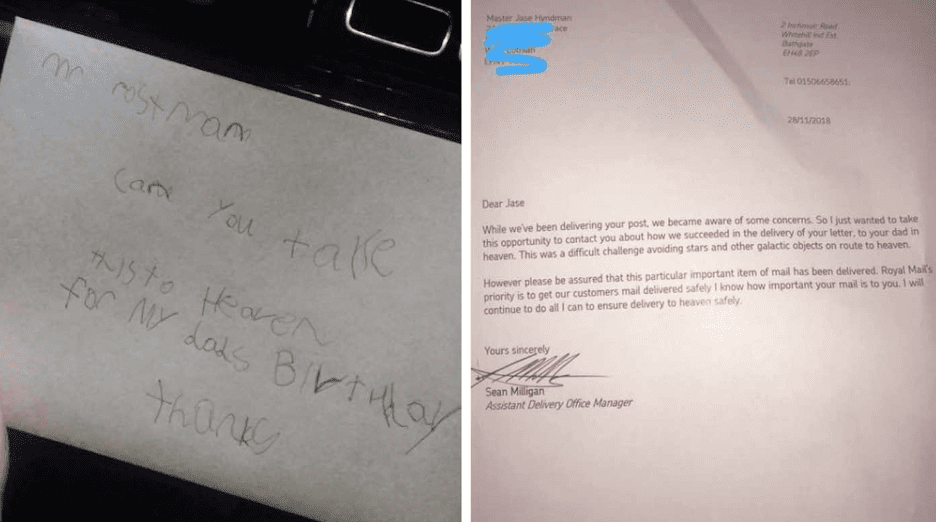 Ways You Can Spread Kindness

Too many times we forget the impact that simple gestures can make – a kind word, a lending ear, a comforting hug, or a warm and simple smile can go a long way. These actions actually have the power to turn lives around and make someone’s day brighter.

You can start showing kindness today with these simple gestures:

You can find more ways to spread kindness here.

Have you shown kindness this week? Let us know all about it in the comments.