The Power of Prayer

Prayer is as fundamental to our inner lives, as breath is to our physical lives; it’s a yearning of the heart, an instinct to reach beyond, and the most fundamental, important language humans speak. The act of prayer is evidenced in written sources as early as 5,000 years ago, however, the ways we pray are just as diverse as we are as humans. In honor of Holy Week, which is April 10th through the 16th, we will explore prayer in different religions and its powerful ability to affect people in positive ways.

A Brief Look at Holy Week

Holy Week, in the Christian church, is celebrated during the week between Palm Sunday and Easter, observed with special solemnity as a time of devotion to the Passion of Jesus Christ. In the Greek and Roman liturgical books, it’s called the Great Week since great deeds were done by God during this week.

By the later 4th century, Christians began separating various events  and commemorating them on the days of the week on which they occurred:

Prayer Around The World

Prayer is an invocation or act that seeks to activate a rapport with an object of worship through deliberate communication. In the narrow sense, the term refers to an act of supplication or intercession directed towards a deity or a deified ancestor.

Prayer can also have the purpose of thanksgiving or praise, and in comparative religion is closely associated with more abstract forms of meditation and with charms or spells. Prayer may take the form of a hymn, incantation, formal creedal statement, or a spontaneous utterance by the praying person.

Of the world’s more than 7.7 billion people, around 84% of adults and children practice a religion. With thousands of religions or segments of individual religions to choose from, how they choose to worship and practice varies widely, but one trait that many share is the decision to pray.

Here’s a look at prayer and worship by five of the world’s most prominent religions: 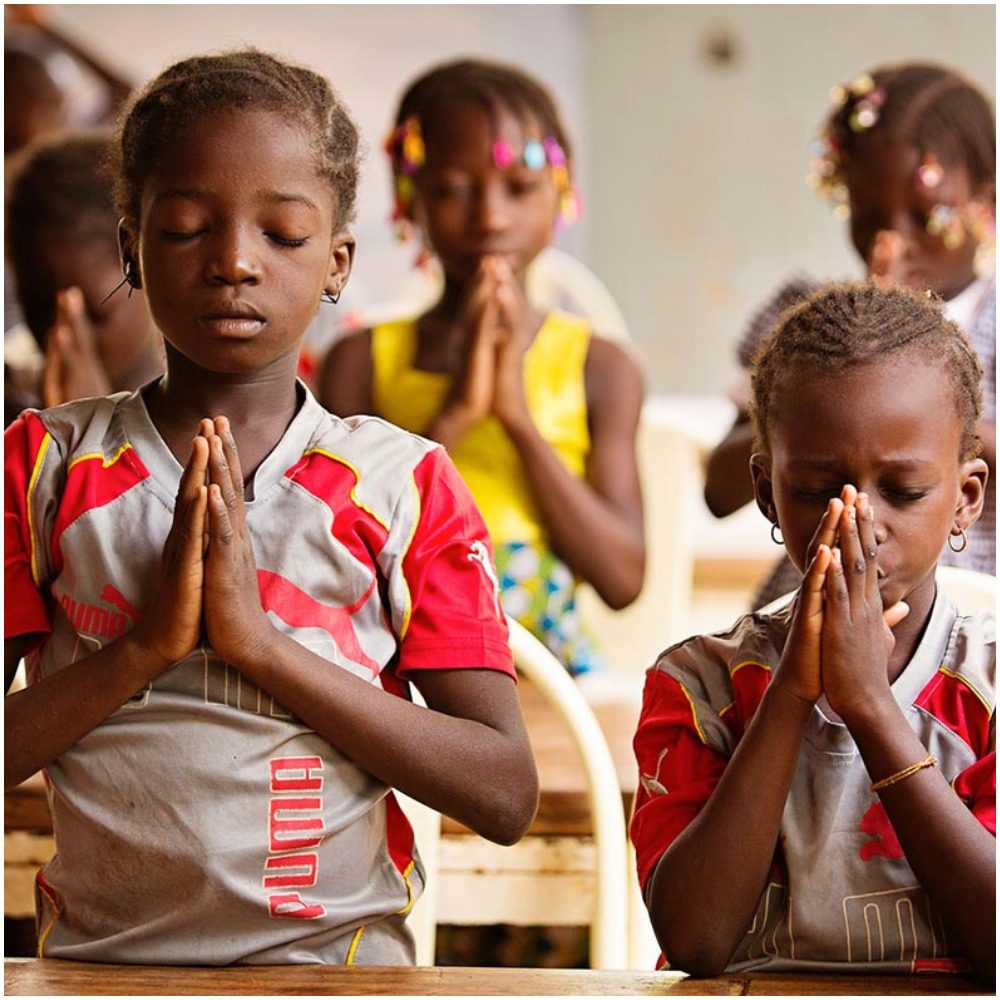 Over 30% of the world’s population is Christian, making it the most practiced religion in the world. While there are many types of Christianity, most observe similar prayer practices, which is often worship on Saturday or Sunday of every week.

On these days, some Christians choose to attend worship and prayer together, while others may practice at home. More strict followers avoid work or spending money, while others might prioritize spending time with family, giving back to the needy, or enjoying the outdoors.

Most Christians believe prayer deepens a person’s faith and can help the believer come to a greater understanding of God’s purpose for their lives. The most widespread prayer among Christians is the Lord’s Prayer, which according to the Christian gospels is how Jesus taught his disciples to pray.1

The Lord’s Prayer is a model for prayers of adoration, confession, and petition in Christianity. As with the Lord’s Prayer, the most common way to end a Christian prayer is by saying “Amen” (from a Hebrew adverb usually translated as, “so be it.”)

Christians interpret the response they might get to their prayers in the following ways:

Some Christians, especially Roman Catholics, use a rosary to meditate on the life of Jesus. Candles, a crucifix, or a cross can also help Christians focus and allow the Holy Spirit to enter their hearts.2

You can read some common Christian prayers here. 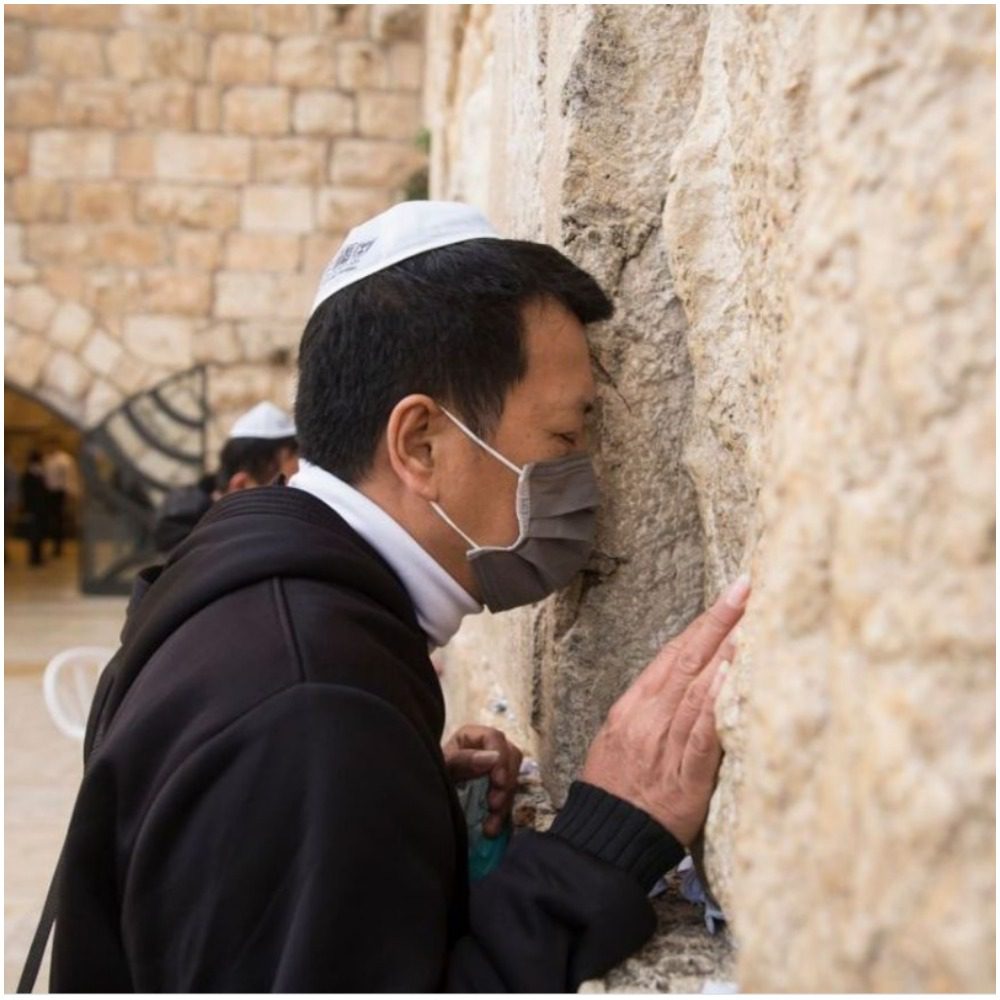 Judaism is another common world religion in which prayer serves an important central purpose. Jews practice their day of prayer each week as Shabbat, which runs from Friday at sundown until Saturday at sundown. On Shabbat, Jews gather to read the Torah, pray together, and enjoy a special meal featuring braided bread, or challah, and grape juice or wine.3

Jews are supposed to pray once in the morning, afternoon, and evening to God, or Yahweh. Prayer is considered a service of the heart and is a Torah-based commandment; it’s not time-dependent and is mandatory for both Jewish men and women.

Jews believe that the more you ask for God’s help, the more God loves you. But much of Jewish prayer consists of reciting written prayers aloud in synagogue, as an act of community participation, and as a symbol for putting yourself in the context of other Jews and the Jewish tradition as a whole.

For Jewish individuals, prayer both private and formal:

You can read some common Jewish prayers here. 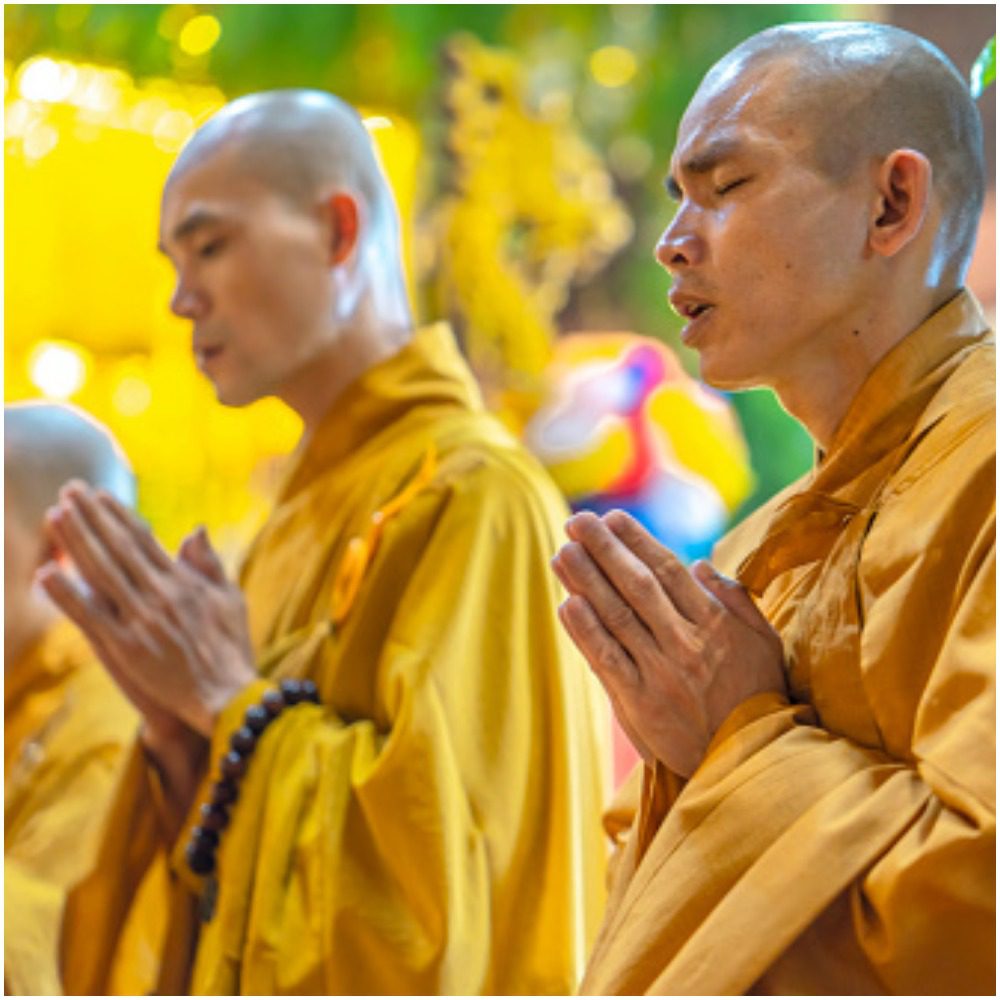 Buddhist prayer is not only an expression of gratitude for precious human life, but it’s also a practice of inner transformation; the creation of a state or condition conducive to the development of compassion, knowledge, and wisdom.5

In Buddhism, prayer can take on many forms depending on sect or region. The most common method of prayer Buddhists practice is meditation. During meditation, a Buddhist may pray for the happiness and well being of all sentient beings or they may focus their attention on one individual.

Other forms of Buddhist prayer include bringing offerings of flowers or incense to temples and shrines, circumambulating holy sites, and chanting verses from ancient texts. Tibetan Buddhists make prayer offerings by creating detailed works of art, called mandalas, out of colored sand, and Zen Buddhists are known for their rock gardens of peace and tranquility.6

For Buddhists, prayer is primarily utilized for its internal purposes. It’s practiced to awaken the practitioner’s inner bodhichitta, or Buddha-nature. This concept can be defined as the fundamental compassionate vital energy; an energy that is as much present in the cosmos as it is within the individual.

During prayer or meditation, Buddhists may:

You can read some common Buddhist prayers here. 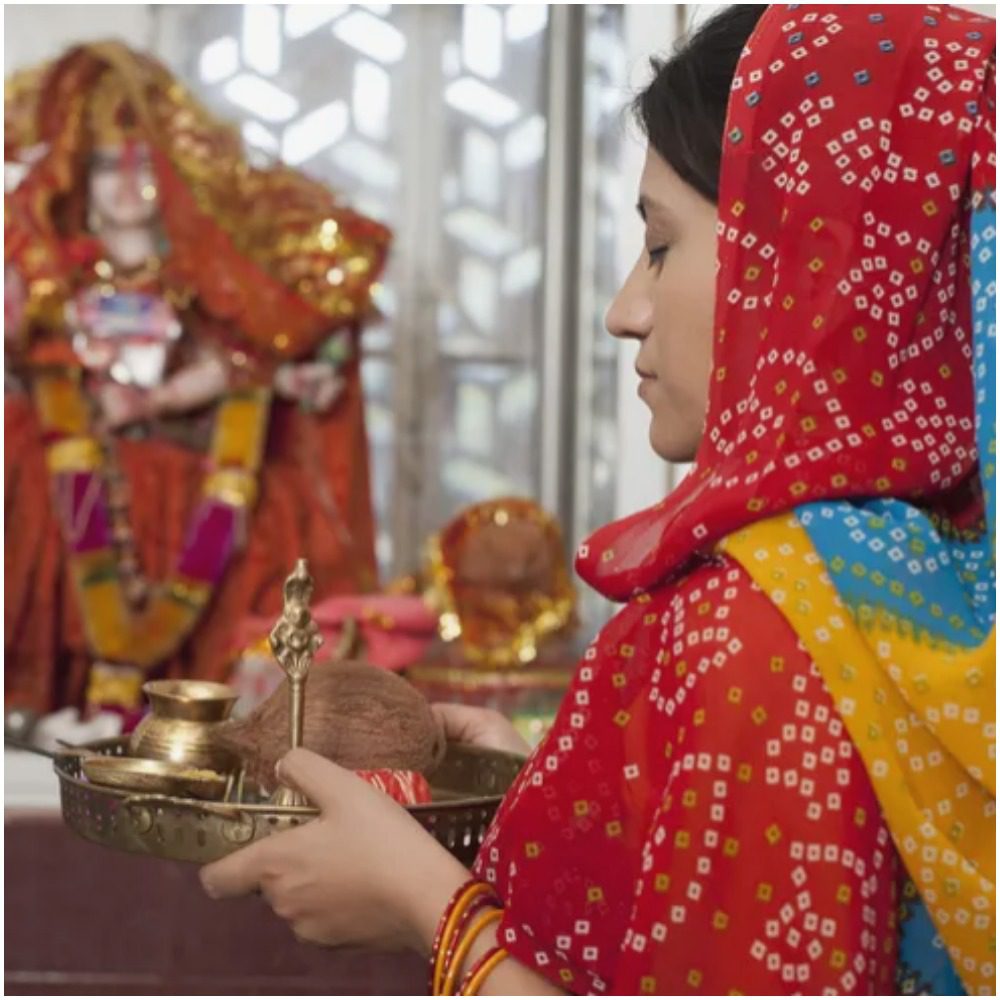 Much like Buddhism, for those who practice Hinduism, there is no set day of worship each week. Another way that this religion differs from others is that its prayers are far less formal and are often held in temples. Those looking to pray may come and go as they please, without needing to stay for a set service.

Hindu prayer and rituals are commonly performed three times a day. Some Hindus, but not all, worship a personal god or goddess, such as Shiva, Krishna, Lakshmi, or the Supreme Creator, Brahman, with the sacred thread being hung over the left shoulder and hanging to the right hip. This is cotton for the Brahmin (priest), hemp for the Kshatriya (ruler), and wool for the vaishya (merchants).10

In Hinduism, prayer is called Prārthana. Hindu prayers can be broadly classified as Mānasika (mental), Vācika (verbal), and Kāyika (physical). Even a single thought about the Divine can be considered Mānasika. Chanting mantras and requests constitute the Vācika. An offering of oblation to fire, prostrating in front of god, lighting and waving the lamps, offering food to god, and going on a pilgrimage are all Kāyika, or physical Prārthana.11

Hindu prayer can be in the form of a supplication, but traditionally includes the repletion of the names of the divine beings or the repetition of a mantra. It’s also physical and might include bowing or kneeling.

Leaving offerings at the altar is another form of worship, which can include fruit, tokens, flowers, and incense. Hindu altars often include images or other symbols as a way of accessing the gods and providing a focal point for one’s worship.12

The scriptures, known as the Vedas, indicate that there are seven techniques of successful prayer. Here are a few to take note of: 13

You can read some common Hindu prayers here. 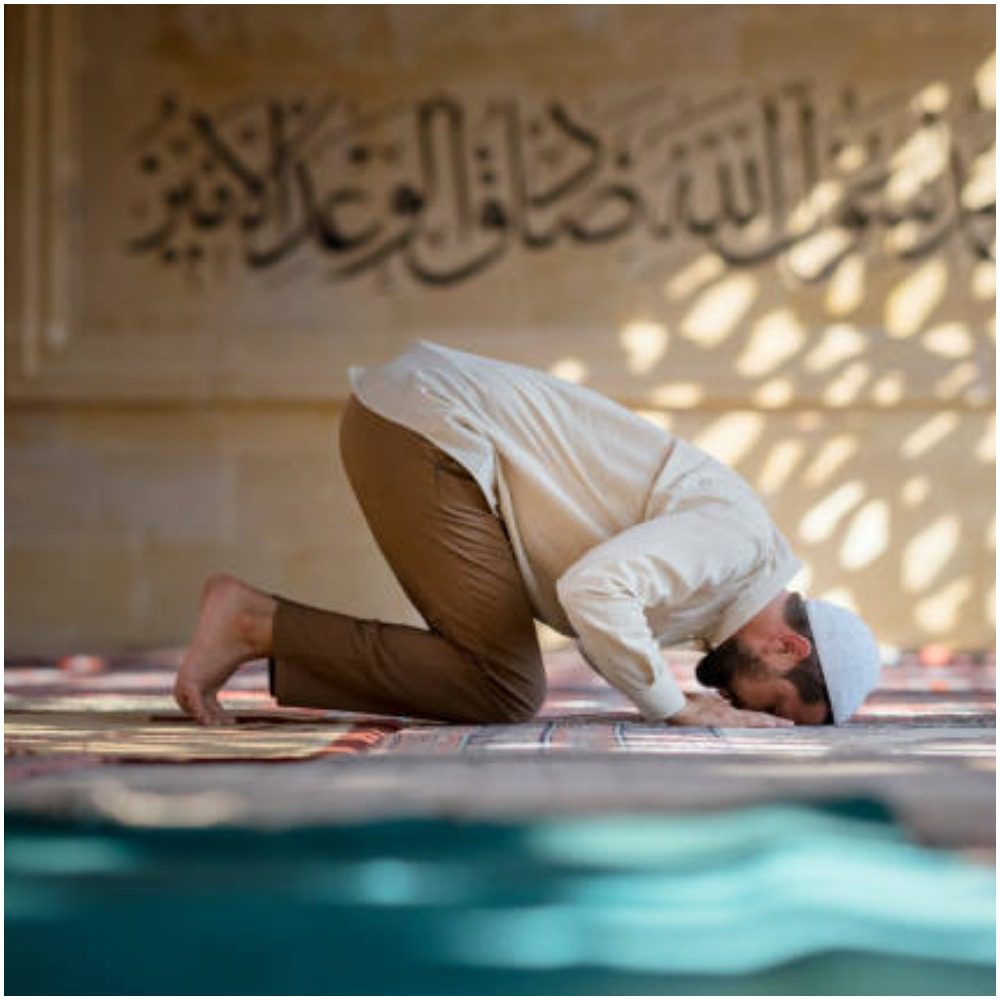 Devout Muslims pray five times a day, every day. Muslims pray to Allah on a set schedule, and in many nations where the Muslim religion is prominent, bells may be used to remind individuals of the time to pray.

Practicing this prayer ritual connects each Muslim to Allah, to all others around the world, and to all those who have uttered the same words and made the same movements at different times in Islamic history. The set prayers are not just phrases to be spoken; prayers for Muslims involve uniting the mind, soul, and body in worship.14

Muslims pray as though they are in the presence of Allah, and therefore must be in a state of concentration. While moving into the upright position, Muslims commonly recite “Allah listens to the one who praises Him’” and while in the standing position, “To Allah belongs all praise” is recited.

Muslims make sure that they are in the right frame of mind before they pray; they put aside all everyday cares and thoughts so that they can concentrate exclusively on Allah. If a Muslim prays without the right attitude of mind, it’s as if they hadn’t prayed at all.15

You can read some common Muslim prayers here.

The Benefits of Prayer

According to Dr. Wayne Jonas, surveys indicate that nearly 90% of patients with serious illnesses will engage in prayer for the alleviation of their suffering or disease. Among all forms of complementary medicine, prayer is the single most widely-practiced healing modality.

The following explanations have been offered as to how prayer may help improve health:

Prayer has a very personal meaning arising from an individual’s religious background or spiritual practice. For some, it can mean specific sacred words; for others, it may be a more informal talking or listening to God or a higher power. Prayer is universal and there’s no wrong way to do it.

The act of praying can help you find your path in life, cope with negative feelings, and if you believe in one, feel closer to your higher power. Whether it’s through meditation, speaking, dancing, drawing, or anything else, prayer can immensely impact your life for the better.

Do you have any personal rituals or preferred ways that you like to pray? Let us know in the comments below.